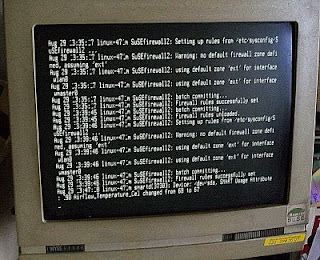 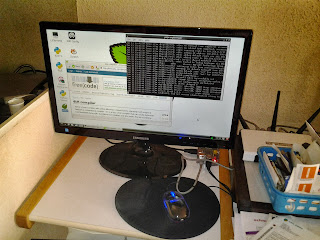 I was wondering when the mentioned new post will be published ?

I was wondering when the mentioned follow up article will be published ?

First of all, I wrote this thing right after I took the measures. I had to see if it were enough. Second, since this is a private site - and not a mag - it depends on "when time is available". You may not think too much of a page like this, but a well-writen post takes me a day!

I have the same issue ... did your changes work ? have you had any issues since ? I notice this was posted in Oct 2013 ? almost 6 months ago ... I'm getting about 3-4 months out of a vanilla setup, before I lose the SD filing system... 6 months stability, would be a huge improvement ... Thanks. Jon.

Well, first of all, I switch from a 16GB card to a 4 GB card - and didn't expand it. Second, I applied all changes listed here plus a few minor ones (like disabling the Samba setup). It doesn't still eradicate all writing, but substantially lowers it. Mine is used as a console for a larger machine (as presented here) so it doesn't get much of a workout. BUT: it's OK. No more garbling of the SD card (knock on wood).

I have 4 rpi boxes around here and sdcard corruption has been a constant nuisance. We are prone to electricity glitches, but even having them run off a UPS hasn't made the problem go away.

I found that the only workable solution is to have the root file system on NFS. This works a treat - no problems for a year. I haven't noticed any performance problems.

If you are looking for something like this in 2017, Alpine Linux is a good starting point: It is tiny, stable, server-focused, and designed to run from RAM.